Bruce K. Muma serves as the Chief Medical Officer of the Henry Ford Physician Network. In May 2019, he assumed the roles of HFPN President and CEO, after serving in an interim capacity in those roles since 2017. Dr. Muma leads the network’s clinical integration efforts, which includes monitoring clinical performance and developing clinical support programs to advance the HFPN’s value-based delivery model of a high-performance physician network. Dr. Muma received his medical education at Wayne State University and completed a combined residency in internal medicine and pediatrics at Henry Ford Hospital. He is a fellow in the American Academy of Pediatrics and the American College of Physicians. 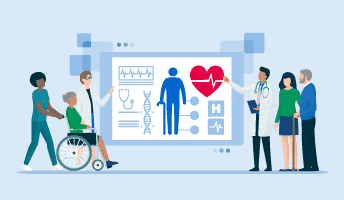 The role of predictive analytics and clinical decision support in....