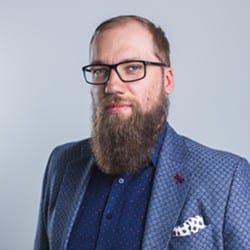 Genetic profiling should be available for everyone and integrated into healthcare.

We are all born with a genetic code that essentially does not change over time. Contained within, is a wealth of data pertaining to the health of an individual; such as in the diagnosis or predictive risk of developing a certain condition, or in assessing their ability to respond to certain treatments and dosages.

It is unavoidable and perhaps a hard truth that, as humans, we all have mutations or specific sections of DNA that encode for something that will negatively impact our health at one stage in our life. As we grow and our body is exposed to different risk factors that can exacerbate those already present in our DNA, a decline in health is inevitable.

For some, this is attributed to a lifestyle choice, such as smoking, alcohol, or a lack of exercise. For others, it can be the simple intake of a particular amino acid that causes detrimental effects, such as in patients diagnosed with phenylketonuria – an inherited metabolic disease that increases the levels of phenylalanine in the blood. If left untreated, this disease can lead to mental disability and serious health outcomes. However, simply controlling phenylalanine intake from the early weeks of life can allow patients to lead a normal life.

The benefit of genetic profiling and applying genomic data in healthcare goes way beyond newborn screening. For instance, it can help to determine the carrier status of individuals for certain autosomal recessive disorders, such as cystic fibrosis, and the chance of passing this disease to our children. It can help us to better target therapies to individuals based on their genetic profile as DNA can affect toxicity, efficacy and even the appropriate dosage of medications – an application more advanced in oncology as many cancers have a targeted therapy available.1

We will all be patients at one point in our life. If there is something written in our genetics that can help guide lifestyle that results in a delay in disease manifestation for 10 years, that information should be made available to everyone. This will not only have a massive impact from a personal point of view, but also from the state perspective.

Genetic profiling and genomic data will play a major role in prevention, diagnostics and treatment

There are three main areas where integrating genetic profiling data can have a drastic impact on healthcare. These areas with real world examples are:

1. Disease prevention or delay of onset

Example: Familial hypercholesterolemia (FH) is an inherited condition characterized by very high levels of cholesterol in the blood, which can lead to an increased risk of premature coronary heart disease or death. Both of these outcomes can be prevented or at least delayed.2,3

A study in Estonia showed the value of using a genotype-guided approach to identify patients that carried genetic mutations associated with FH. Among 4776 participants with sequencing data available at the Estonian population-based biobank, 27 were found to harbor FH-associated mutations.2 Cascade screening of 64 close family members identified an additional 20 carriers of FH-associated variants.2

Disease identification at an early stage

Example: Specific inherited variants of breast cancer genes BRCA1 and BRCA 2 are associated with a notable increase in the risk of developing female and male breast cancer,  ovarian cancer, and to a lesser extent other cancers such as prostate cancer and pancreatic cancer.4 BRCA1/2 testing can help identify high-risk cancer variants in individuals so they may start cancer screening and make preventive lifestyle changes to reduce cancer risk and enable early diagnosis. However, evidence suggests that the current standard of clinical genetic testing – primarily based on family and medical history criteria – is inefficient, resource-intensive, and misses a large percentage of at-risk carriers.5

Population genomic screening has the potential to detect at-risk individuals who would not be clinically identified otherwise.5,6

An ongoing clinical pilot project in Estonia is investigating the detection of high-risk carriers compared to standard screening practices. Although the study is ongoing, data suggests that the detection rate is up to three times higher when genomic screening is used.

Example: Approximately 20% of all breast cancer patients have a human epidermal growth factor receptor 2 (HER2)-positive breast tumor, leading to an overexpression of HER2 on the surface of cancerous cells.7 HER2-targeted therapies have been shown to improve the survival and quality of life in HER2-positive breast cancer patients, including those with metastatic disease.7-9

Applying insights gained from genetic profiling and genomic data in each of these areas can potentially lead to improved patient outcomes and quality of life and a more efficient use of resources. You will not be able to prevent people from becoming ill, but you can slow the progression. This is a huge advantage, not only on a personal level, but also to health systems and economies – allowing people to work and contribute to the society longer, while spending less on chronic disease treatment.

Furthermore, it seems in Estonia (although only anecdotal at this stage) that when patients are presented with their genetic profiling data, they are more inclined to take preventive or cautionary health measures more seriously, especially male patients. This could perhaps be due to the tangible evidence of predictive risk that their DNA code reveals, which empowers actions to be taken.

Estonia’s advanced use of genomic data in healthcare

“The most digital society in the world”

In order to achieve all that is needed to run the country efficiently given its small population size, everything in Estonia is digitized (all but getting married, divorced, and buying land as the “accurate joke” goes). The state provides a digital backbone called the X-road, which securely connects everything from state services to the private and public sector to schools and healthcare. Citizens can electronically complete tax returns, vote, and access every doctor’s note ever written and every test result and prescription ever received.

This high level of digitalization saves more than 1400 working years annually and is so ingrained in the Estonian culture that their laws reflect it as well. For instance, it is illegal for the state to ask a citizen for a piece of information more than one time. Once this data is received, it should be securely stored digitally and accessed and shared appropriately within the connected system. Databases must talk to each other.

The Estonian biobank of the Estonian Genome Center at the University of Tartu (EGCUT) was launched in 2000. Since then, genetic profiling of close to 200,000 participants (at least 18 years of age) has been carried out. This makes up a large proportion (greater than 20%) of Estonian adults, making it ideally suited for population-based studies.

All participants are protected by the Estonian Human Genes Research Act. This legislation ensures that any information can not be used to discriminate against any individual. All gene donors sign a general consent form, which allows them to obtain their genetic profile and feedback for free. Their genetic profile can be shared with their doctor and therefore used in their care management, or anonymously used in genetic and public health research according to the law.

The next step for this collected data is to use it in innovative ways to inform clinical decisions.

Using artificial intelligence and machine learning, or statistics, the complex genetic information can be translated into useful insights to support clinical decision making.

What’s the risk for this patient to develop this disease? What medication for this patient would work best? At what dose? To realize this potential in healthcare seems far away, however in Estonia a platform and roadmap whereby this genetic information will be accessible for use is expected by the end of 2020.

Shifting the way we think of healthcare data

Data is a natural resource that needs to be mined for it to be valuable.

In order to develop robust algorithm-based tools that can provide valuable insights, we need access to real world data for training and testing purposes. This requires a change in the way we think of data, which is generally “It’s mine. Don’t touch it”. The more data that is processed, the more value can be created.

This can be easily illustrated by risk-prediction tools that try to identify future patients or define best diagnostic and treatment pathways for optimal disease management. Having 200,000 genetic profiles available to train or test your risk-prediction algorithm will lead to much more accurate insights than if only 10 sequences were available, for example. As such, data is comparable to a natural resource. It needs to be mined for it to be valuable.

Evidence of the value of using real world data comes strongly from pharmaceuticals. For instance, pipeline drug targets with human genetic evidence of disease association are at least twice as likely to be approved.12

Despite the incredible advantage of health solutions developed with real world data, considerable concerns about data security and leakage remain, especially when sharing data with the private sector. There must be a collaborative effort made on a political level – with the state and government involved – to make data available to those who need it. This solution must not compromise the safety or security of donors.

Furthermore, the economic successes of businesses that use the data must also benefit the society from which it came. In other words, there should be a fair distribution of the wealth generated from the assets made possible due to the accessibility of data, to those who provided it in the first place.

There are still a lot of unknowns and discussions surrounding this topic and how it can be solved. In Estonia, we are trying to partially address this issue through a data accelerator program. In principle, a private company, such as a startup can access the data from the biobank, yet in exchange they need to give a certain fraction of their equity to the university. In this way, everyone benefits. The startup that generally does not have the funds to collect such a wealth of data; the university that can use the funds for further research; and the population that benefits from the innovations.

What steps are needed to make genomic data an integral part of healthcare?

I am consistently asked the question, “What advice would you give to other countries or leaders that want to integrate genetic profiling and genomic data into their health systems?”. These are my top recommendations:

Tõnu Esko, PhD is a Vice Director of Development and head of Estonian Biobank Innovation Center at Institute of Genomics, University of Tartu, where he holds Professor Human Genomics position. Dr Esko is also a Research Scientist at the Broad Institute of Harvard and MIT, Cambridge, USA and visiting researcher at the Children’s Hospital Boston and Harvard Medical School, Boston, USA. He has founded and is co-leading several international consortia. He serves as Scientific Advisory Board member for several global companies. 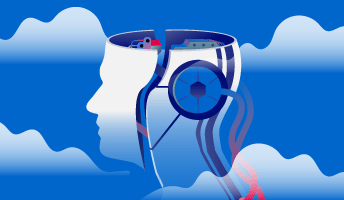 Artificial intelligence in healthcare: More harm than good? You be the judge 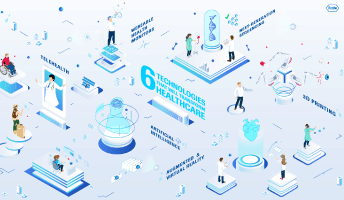 6 technologies that will transform healthcare 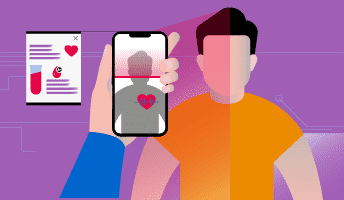 Automating the fight against heart disease with artificial intelligence 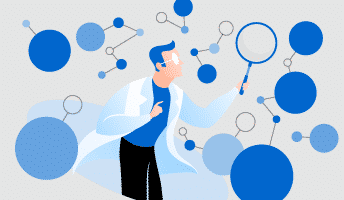 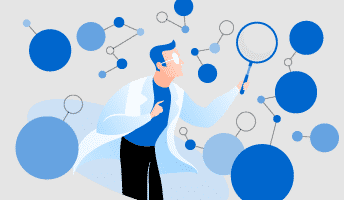 Digital transformation in diagnostics: What’s next?