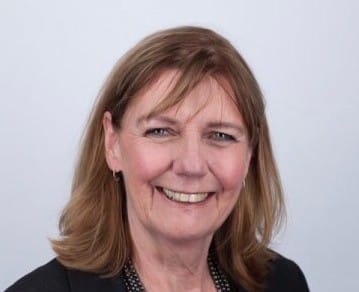 Psychologist at the University of Westminster, United Kingdom
Home > Healthcare business > The art and science of gossip: Rethinking evidence-based management in healthcare

I would like to thank the following colleagues whose conversations and reflections have informed the practical and actionable advice shared here for rethinking evidence-based management in healthcare.

The potential power of gossip to improve healthcare

Gossip – something to be avoided, dismissed or eliminated – or something worth thinking about when it comes to evidence-based management in healthcare? Government-led inquiries, or investigations, illustrate the stark human, financial, and reputational costs of healthcare failure. They also reveal that information about the antecedents of failure and scandal are often “common knowledge” contained in gossip. For example, the UK Kerr/Haslam inquiry1 into the sexual abuse of psychiatric patients asked:

The report illustrated how detection, and more importantly prevention, of patient safety failures may depend on how organizations react to rumour or gossip. The financial cost to the British taxpayer of the Kerr/Haslam inquiry in 2005 was £3.2m. In 2013, the Mid-Staffordshire inquiry into failures of hospital care cost UK taxpayers £19.5m. The stories of patient mistreatment at Stafford Hospital have become notorious – patients and their families reported dirty wards, a lack of nursing care, and long waits for medical attention2. Many suffered horrific experiences that will haunt them for the rest of their lives. The human costs to patients and their families of failures in hospital and clinical care are tragic and immeasurable.

I have found that talking about my research into the role and function of gossip in healthcare organizations3 has often provided a catalyst for clinicians and healthcare leaders to think differently about gossip. For example, a senior nurse commented:

Having read your work Kathryn, now when my boss says ‘you seem to spend a lot of your time gossiping’ I say ‘I’m not gossiping, I’m listening’ – and I pick up a lot more issues that way.

This quote illustrates the power of gossip to improve healthcare by acting as an early warning system.

Gossip is informal, private communication between two or more people concerning the conduct of (usually) absent persons or events. It generally contains some element of evaluative talk or interpretation of the event, which may be verbal or written, implicit or unstated. Scandal occurs when gossip is elevated into the public arena, when “everyone knows what everyone knows”.4

Gossip is a form of “common knowledge”, and it is everywhere. There is an evolutionary psychology view that language evolved to enable people to gossip5 in order to pass on socially relevant information necessary for survival. Such as who can / cannot be trusted, who will help you and who will stab you in the back, which are all still highly relevant in the 21st century workplace.

Gossip in the workplace: myths and misconceptions

A typology of gossip: the good, the bad and the toxic3

The typology provides a way of thinking about gossip differently. It challenges the myths, misconceptions and negative stereotypes of gossip in order to see and hear “good gossip”. It also acknowledges that “toxic gossip” is a form of bullying, harassment and incivility,6 which also should not be ignored.

One of the outcomes of my research was a framework for rethinking gossip as organizational communication and knowledge, which includes core concepts of ethics, emotion, sensemaking, identity and power.

A framework for rethinking gossip as organizational communication and knowledge

These concepts can be used to reflect upon and “interrogate” incidents of gossip, or with which to answer the question: “What’s Trending on the Gossip Grapevine?” (rather like “What’s trending on Twitter?”). This provides a mechanism with which to:

When healthcare leaders ignore the warning signals expressed as – and through – gossip, this is “wilful blindness”. In other words, we choose to remain unseeing and not listening in situations where we could know and should know because we feel better not knowing.7 This sometimes occurs consciously but mostly not, and it is dangerous. The potential for harm by not attending warning signs in gossip, coupled with the potential for harm caused by toxic gossip, has led me to conclude:

The decision to gossip ‒ or not ‒ is always an ethical decision.

Rethinking the practice of evidence-based management in healthcare

Government-led inquiries2,3 have shown that organizational data and metrics can often override the values and concerns of stakeholders, and practitioners’ professional expertise. Gossip in business and organizational studies is now emerging as a new and rapidly evolving area of research,9 with the potential to significantly influence evidence-based management in healthcare in two areas of practice-based evidence and knowledge: (i) stakeholders’ values and concerns; and (ii) practitioners’ professional expertise, as shown in the feedback below from healthcare leaders.

Note: in order to preserve confidentiality some of the material and examples used here are typical of the situations that challenge us in our working lives—and that are gossiped about—rather than real cases / scenarios.

Shade Alu, Consultant Paediatrician: The term gossip has negative connotations, but it can be re-framed as “useful data”. The art of using gossip as useful data will be in receiving it with an open mind; if recurring and from several sources, be curious and interrogate the information being shared. It may be useful in giving early indications of what is good in the system but also what is not going well that needs addressing before it becomes a serious / significant incident.

Annie Topping, Professor of Nursing: Attending to gossip is about being alert and looking out for what doesn’t show up in the metrics. The hidden pockets of informal knowledge about what is “really going on” behind the bedside screens and behind closed doors. In my experience nursing and medical students are really good sense checkers – “out of the mouths of babes …” comes the (implied) truth or wisdom, which resonates with rethinking gossip as organizational knowledge. The ethical component of gossip is also relevant. I tend to ask, “why are you telling me this?” when gossip comes my way because it’s important to ascertain motivation; e.g. is it to avert harm, or cause damage to reputations? In COVID-19 times we now need to seek out new opportunities to listen, e.g. “loitering post zoom meetings”.

Dean Fathers, Former NHS Trust Chair:  Having sat in and listened to numerous Board conversations in a variety of C-suite roles, I have learned the importance of narrative and to listen hard to what is really being said around the table or down the corridor of power. This article is an excellent resource for those who occupy or plan to take up seats at boardroom tables. It provides useful insights into the challenges of boardroom politics, and offers you tools to help you make better informed decisions around patient safety. I wish I had read it 30 years ago before I took on my first board role.

Kathryn Waddington, PhD is a Chartered Psychologist and researcher in work and organizational psychology at the University of Westminster. She began her professional career in nursing before moving into academia, where her research interests include organizational communication and the development of compassionate organizational cultures and practices. She cares deeply about research that brings academics and practitioners together, and that makes a positive difference to people’s lives. She has recently edited and written the books Towards the Compassionate University: From Golden Thread to Global Impact and Gossip, Organization and Work: A Research Overview, which will both be published by Routledge in 2021. This expert opinion article is based on her doctoral research at the University of London into the role and function of gossip in nursing and healthcare organizations. More articles by Kathryn Waddington 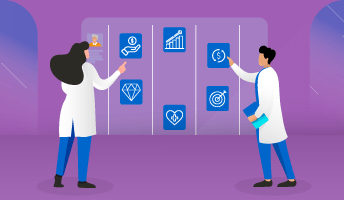 Interview with Shawn Achor: How to engage employees to improve patient outcomes? 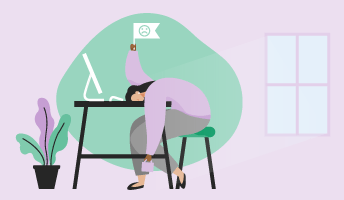 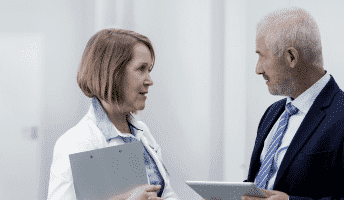 Insights Report: How the C-suite and lab leaders can partner to help overcome major... 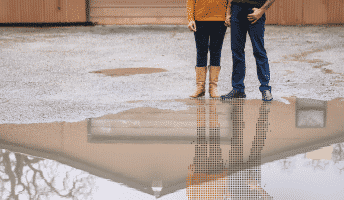