What the healthcare industry can learn from the downfall of Thomas Cook?

What the healthcare industry can learn from the downfall of Thomas Cook?

We often admire companies who have been great innovators in their field for many decades, or even centuries. So how is it possible that such a company can, after generations of leadership, suddenly find itself left behind? Could it be that they did not manage to keep up with the pace of change in their ecosystems?

The latest such example is Thomas Cook – a titan of the travel industry. The company recently declared bankruptcy and ceased operations after nearly 180 years in business. How could it have come to this for a company that all but invented the packaged travel industry, reported over £9.5 billion in annual revenue in 2018, served over 19 million customers a year and had over 21,000 staff operating in 16 countries – and at a time when more people than ever are willing and able to afford a holiday?

There have been many words published lamenting the downfall of Thomas Cook,1-3 but most interesting perhaps is a recurring theme – that the company “did not keep up with transformations”4 and “wasn’t ready for the 21st Century.”5 Cited as specific examples are the disruption caused by the availability of discount airlines, the changing holiday tastes and needs of younger generations, and the costly overhead invested in physical locations while customers migrated to the internet to plan their own trips.

A historically important and successful company and a leader in its field, Thomas Cook appears to have clung too long to its tried and true business model, while the competition – both historical and new – disrupted the market, leaving Thomas Cook by the wayside.

Of course, Thomas Cook is just the latest in a series of similar stories that have played out recently. You can point to companies like Kodak6 and Nokia7 among others, who were once seen as undisputed and respected leaders in their field, only to be left standing still as new rivals, driven by technology, left them behind. They were “enthralled (and, in a way, imprisoned) by…past success.”7

Like Thomas Cook, Kodak and Nokia, many players in the healthcare arena have positioned themselves – and are recognized as – leaders in the provision of innovative and top of the line medical care and services. They have built solid, profitable businesses with legions of engaged, knowledgeable employees.

However, there are dangerous signs that the healthcare industry is already lagging in the digital realm, and that it needs to urgently catch up – or be overtaken by those willing to embrace the digital revolution to create alternative and more satisfactory care pathways.

Think of the ways that technology has already changed the way we live in the last 10 years – from how we make phone calls, watch television, pay for goods or call a taxi. It is not a question of “if” but “when” this same wave of digital disruption will hit healthcare – and, in fact, it is already happening.

As in travel, it is the customers who will decide the future. In healthcare, the “customers” – in this case patients – want more convenient and tailored services that fit their personal needs.

This demand for patient centricity is driving the enhancement and use of technologies: wearables, health apps, telemedicine, chatbots, artificial intelligence, virtual reality, all of which are already breaking down traditional barriers and putting the patient experience and satisfaction on equal terms with clinical outcomes.

While there is a risk of value chain disruption thanks to the erosion of the traditional healthcare business model, the lessons learned from Thomas Cook and others is very clear – it is absolutely imperative that healthcare companies see the technology revolution as an opportunity, not a threat.

Healthcare organizations cannot stand still. They must instead use this as a chance to examine their long-standing operating models and find ways to integrate and leverage technology to provide better outcomes. And not only must they accept technology, but actively embrace it. Only then will they transform the way they do business, augment their offering, and ultimately be able to deliver healthcare that fits patients’ needs.

Healthcare is about to be transformed. Are you prepared to ride the wave? The time to act is now.

Simone Edelmann, PhD is an editor and contributor at HealthcareTransformers.com. After completing her PhD from the Institute of Biotechnology at the University of Lausanne, Switzerland, she found her passion in medical and scientific communications. She is dedicated to delivering high quality content on the topic of the future of healthcare to our readers. 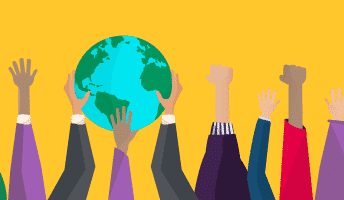 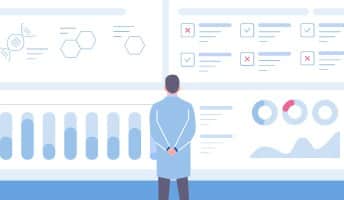 How to make use of your healthcare data? Just ask. 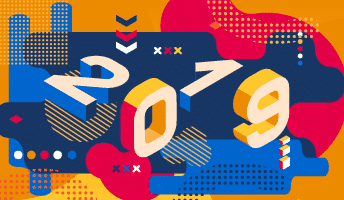 The Healthcare Transformers’ 3 most-read articles of 2019! 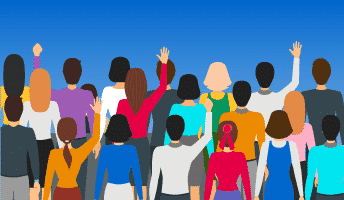