How to improve patient experience in 15 minutes or less? 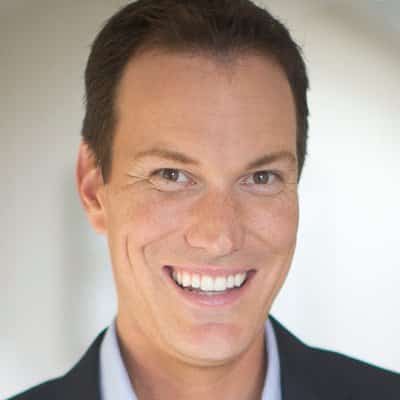 How to improve patient experience in 15 minutes or less?

This is the final segment or our three part interview series. Read part one and part two to learn more fascinating insights to help improve healthcare delivery and services.

Elevating patient satisfaction with a smile

HT: You have worked with Ochsner Health Systems and implemented the “10/5 way” there. Could you explain a bit about this method and what it set out to achieve?

Shawn Achor: We worked with Ochsner Health System down in Louisiana post Hurricane Katrina. What we were interested in is how do you improve somebody’s experience – in this case patient experience – in the midst of walking into a building where you’re surrounded by people who are sick, or you’re sick, or you’re injured, or you don’t necessarily want to be there in the first place. So we went out to see who was amazing at customer service. One of the places we went out to was the Ritz Carlton hotel chain.

We learned that they would train their employees to make eye contact and smile at the person walking down the hallway if they were within 10 feet. Within five feet, they were trained to say hello. It’s called the 10/5 way and it’s actually really fun to walk in and out of those spheres with them, even if you’re not staying at the hotel. We took that research and brought it down to the hospitals and tried to train 11,000 doctors, nurses and staff to do this simple 10/5 way experiment.

Whenever you try to create positive change, you get push back. Some of the doctors at Ochsner Health System said, “You hired us to save people’s lives. We make you a ton of money. Don’t tell me how to walk up and down the hallway. I’m not doing this stupid smiling initiative from HR”. And we would say, “You don’t have to. This is an opt in program coming from the CEO”. Nearly 11,000 people opted into it, but there were still stubborn resistors, which is fine because we are socialized to reciprocate.

If you get into an elevator with someone and they smile and say hello to you, you don’t slam up against the side of the elevator, you usually say hello back and then pull out your cell phone. The same thing is true with how people were walking up and down the hallways. Even the stubborn resistors were at least reciprocating oftentimes.

None of this is interesting yet, because we haven’t gotten back to the patient – this is just the staff, doctors and nurses doing this. What’s fascinating about this work at Ochsner is what was happening to the patient experience. Patients coming into the hospital never learned the 10/5 way. They weren’t trained on it. They weren’t socialized about it. It wasn’t a part of Ochsner’s mission statement. They had just walked into a hospital, but as they did, their brains unconsciously learned the social script: Within this space I’m given license to make eye contact and smile and to treat people as if they are human beings.

As we observed these patients in the hallways as they would come into the hospital, they didn’t just reciprocate the 10/5 way, they’d actually initiate it – sometimes with the stubborn resistor doctors. None of that’s still interesting yet. That would be a cute story about how you can change a hospital hallway. The reason we got interested is because we wanted to see how this impacted their key performance indicators six months later.

We had two experimental groups of hospitals within the Ochsner Health System chain, which had the same geographic location and same economics. The only difference between them was that one group adopted the 10/5 way and the other was a weighted control group. As it turns out, the group of hospitals that adopted it, had a significant rise in the number of unique patient visits to the hospital. The likelihood of patients to refer that hospital based upon the quality of care that they received skyrocketed, and the doctor’s engagement levels were the highest in a decade.

A one-second free behavioral change resulted in more money for the hospital, more people cared for, better perception of care quality, and greater levels of happiness to caregivers.

What’s amazing is that was a one-second free behavioral change that resulted in not only more money for the hospital, but more people cared for, better perception of quality of care, and greater levels of happiness by the people providing it. What we got interested in post Ochsner was what if we could get more than one second with someone? The hallway is such a short period of time. It was not even something that was happening in the operating rooms. This was something that was happening in a hallway before going into a waiting room. And yet, we were seeing these massive changes occurring at the patients’ perception of the quality of care that they were receiving.

Honestly, I was shocked to see this type of result. Smiling is the weakest intervention in positive psychology. It happens and then it goes away and there are so many other factors, especially the fact that you’re at a hospital in the first place. You might be scared, you might be confused, you might be nervous about what’s about to go on. To see smiles and eye contact in the hallway having an impact upon quality of care and the engagement scores from the people providing it, it gave us an opening to start to test deeper interventions. Finding out what would happen if you didn’t have just a smile in a hallway, but if you changed someone’s levels of optimism on a team. If you could deepen somebody’s resilience, such as a critical care nurse for example. That’s when we started getting really excited and spreading out the research from there.

HT: What prompted the hospital to want to undergo this transformation in the first place?

Social and emotional contagion are strongly built into the human system. How we process the world is a reflection of our surroundings – whether positive or negative.

One of the experiments I do in my talks is I partner people up and I have one person go neutral. They think something bad is about to happen and then the other person just makes eye contact and smiles at them. I’ve done this experiment in 51 countries and 80 to 85% of people worldwide can’t stop themselves from smiling. They break down. They start laughing and smiling and then we switch it around. What it shows very quickly is the social and emotional contagion that is built into the human system and into the way that we process the world around us.

I use that in my talks when I’m going out talking to medical leaders, or going out and talking to CEO’s, or to tech companies. Because it’s not just smiles or yawns that spread through this mirroring response, it turns out that negativity, stress, uncertainty, and anxiety can also be picked up like secondhand smoke. You don’t have to be the one smoking near a hospital to have the negative health implications. The same thing is true with how other people’s brains process your experience of a hospital, or a working environment, or a school. So what we’re trying to do is find a way of being able to not only shield people against the negative, but how to create a positive ripple effect out as well.

That’s what the leaders at Ochsner were interested in. That if you’re going to create a positive change among the patient population, you actually have to start with the staff population. We were doing the same with Princess cruise lines. They came in and asked us to improve their guest experience. The very first thing we told them was in order to improve the guest experience, we need to work with the staff who would be on the cruise ships beneath the guests because that’s actually the bedrock of someone’s positive experience. The same thing we saw with teachers. It’s very difficult for a child to pick up on social and emotional learning when the teachers and the staff themselves don’t feel socially and emotionally supported.

HT: What are actionable strategies towards happiness that healthcare providers can implement to improve patient experience?

Shawn Achor: One of the things that I find fascinating is that people who have medical training – nurses and doctors, they know very well what causes people to become sick. They know how contagious things are. And yet, once they learn all that information they then inoculate themselves, they wash their hands and they try to meet with as many of those sick people as possible. What I find fascinating about this is oftentimes when I talk about happiness, as soon as you find out somebody’s negative, people are immediately trying to run away from that person or we isolate them, which exacerbates the problem. We need to be doing exactly what people with medical training are doing in terms of happiness levels.

If somebody is currently negative, they’re expressing suffering and if you isolate them you exacerbate it, but we’re all connected so you make the entire system cancerous. What we want people to do is to inoculate themselves against stress within their lives. That can take a lot of different forms. And in positive psychology there’s more than 30 different interventions that have rigorous study behind them. The ones I usually focus on are the ones that have been studied the most:

Happiness as a global health initiative

Shawn Achor: I actually met up with the former US surgeon general to talk about happiness hygiene habits inside health organizations. One of the things that he was recognizing is that we get people to brush their teeth in terms of a global health habit, but aside from that – aside from vaccines – there’s pretty much not anything that we do as routine in somebody’s life to create global health. And yet, depression rates have increased by 30% to double, depending on who you’re talking to over the past decade.

So in the midst of what’s a global epidemic, how do you actually improve people’s lives? And one of the things that we’re studying was how these small little interventions; scanning the world for three new things you’re grateful for, writing a two minute positive email praising or thanking somebody in your life, exercising, meditating, doing a two minute journaling experience about a positive experience – those small happiness hygiene habits done akin to brushing your teeth, if we did them every day, not only improve people’s levels of optimism, but now we know also improves every single business and educational outcome we know how to test for. It improves everything we test for on the SAT and ACT. It improves everything from productivity to likelihood of promotion to energy levels, to sales, to patient satisfaction. So happiness is actually one of the greatest competitive advantages for an organization in the modern economy.

Shawn Achor is the New York Times bestselling author of The Happiness Advantage and Big Potential. Shawn has traveled to more than 50 countries, speaking to farmers in Zimbabwe, CEOs in China, doctors in Dubai and schoolchildren in South Africa. His research on happiness made the cover of Harvard Business Review, his TED talk is one of the most popular of all time with over 19 million views, and his lecture airing on PBS has been seen by millions. 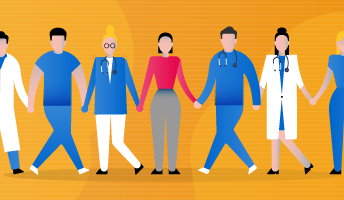 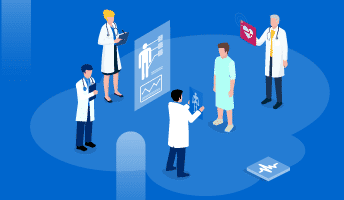 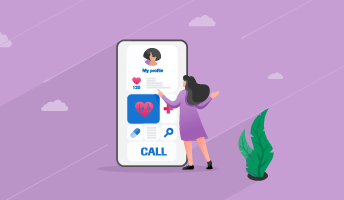 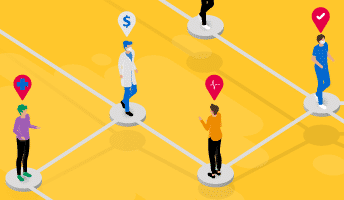 Solving point of care testing challenges? Learnings from the NHS 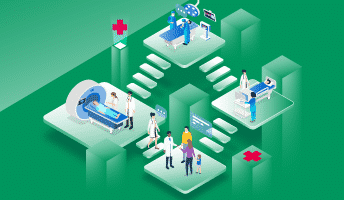 How to deliver more efficient and patient-centered cancer care?